Should You Get a New Construction Home Inspection? Our Best Buyer Advice

Preview: It’s obvious for an existing home, but deciding to get an inspection might not be as easy with a new house: Should you get a new construction home inspection? —- 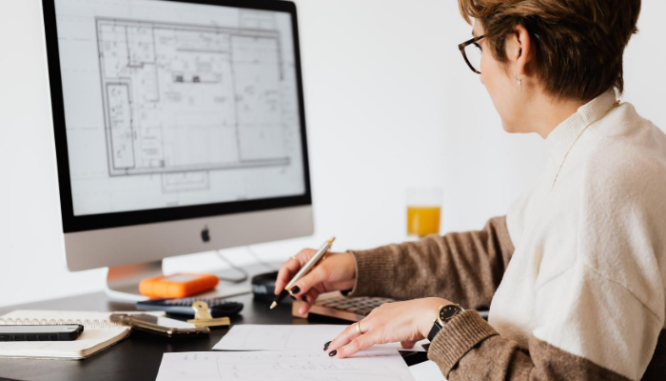 When you’re buying an existing house, there’s hardly any question that you’d want a home inspection. Clearly, you’d do your due diligence on its condition before you commit to purchasing it at a given price.

However, that decision might not seem as obvious when you’re buying a brand new house: should you get a new construction home inspection? Why would you even need one if everything is in brand-new condition — and, in some cases, built just to your preferred specs, even perhaps under your own guidance?

The answer is, yes: Experts say you really should get a home inspection on a new construction home. Pretty much every consideration falls into the “pro” column here, with the exception of the cost of paying someone to do it. (And then there’s the possibility the inspector might find an issue — but that’s intel that any informed buyer would actually consider a pro, right?)

Here’s our expert-backed guide to dig deeper into the reasons behind that decision-making advice.

“In my experience, probably two-thirds of the people will do one,” says Jase Norsworthy, Billings, Montana-based top-selling agent. “It oftentimes depends on how savvy the buyer is.”

“If they’re really involved in a new construction project, a lot of times they’ve been with the builder or they’ve contributed to the construction, and then in those cases, they know enough about what’s going on. They’re not worried.”

Still, Norsworthy says it’s a smart decision to get one anyway.

“As an agent, I have always encouraged my buyers, whether it’s new construction or a hundred-year-old house, to do an inspection.”

Why should you get your new home inspected?

One reason a buyer might be moved to buy a new construction home is the expectation that it will be free from issues found in aging houses — like outdated plumbing or electrical, and even cosmetic flaws. But even though a home is brand new, it can still have issues; in fact, sometimes issues in a home are indeed the direct result of its status as brand new construction.

In some cases, contractors work fast — too fast. Sometimes they’re building to the bare minimum of code. And frequently, they’re subcontracting out projects to a wide array of vendors, whose competence and diligence might range significantly. On top of all that, sometimes mistakes just plain happen.

So the main takeaway is this: buyers should definitely not assume that their new home will be flawless just because it is new construction.

Let’s consider some of the common problems that new construction homes might face, and areas that an inspector should plan to specifically scour as part of the comprehensive process.

What could go wrong?

“Even though these new construction projects are approved by the city engineers and they have their own inspection process, they’re looking for things like whether the wiring is done properly, whether it’s safe — but a lot of times, they’re not looking at the minutiae,” Norsworthy notes.

He remembers years ago working with a buyer to purchase a brand new condo; the buyer didn’t do an inspection as a way to save money. “About six months later, they had problems because the ceiling fan in the bathroom was venting into the attic,” he recalls. “So moisture from the shower was going up into the attic space, and he ended up with a mold problem and some sagging. Sheetrock had to be torn out in the bathroom, and they had to do it properly.”

This issue fell under builder warranty, but it’s an example of what can — and does — go wrong with new construction. A home inspection, “would have avoided the nightmare that they went through later,” Norsworthy says.

As this real-life example shows, even if the cost of an inspection feels like a stretch, and even if you’re eager to wrap up the whole homebuying process asap, you won’t want to cheat yourself out of an inspection. You want to know about any issues, minute or otherwise, before you pay for the home; you shouldn’t count on the warranty to protect or save you financially. Even if you have a warranty, you’d likely rather avoid a situation in which repair people are tromping through the house constantly after you’ve moved in; that’s a hassle as well as a privacy and security concern. And of course, if the property has health or safety issues, you’ll definitely want to know about those before you and your family are exposed.

Why is a new home inspection a potentially bad idea?

If this question keeps you up at night, experts say… it shouldn’t. That’s because the decision to get an inspection on a new construction project is fairly unequivocal.

The only drawback here is that you have to pay out of your own pocket, and if a buyer is “really tight” on budget, Norsworthy acknowledges the extra expense could be a hardship. Or if the buyer is extremely involved with the construction, that might render the home inspection less necessary. But it’s typically well worth the expense, even under such circumstances, he advises.

“If a buyer has been really involved with the building, or they’re building it themselves, that’s different. But for your average buyer who is hands off, I think it’s a good little insurance plan,” he says.

“I always encourage people because there is no harm in it. In the scheme of a 30-year note, it seems to me that when you’re looking at the overall investment of new property, to spend $400 for an inspection is such a minor expense.”

When can you get your new construction home inspected?

You can arrange to get it inspected at any point, and it might be smart to even arrange two inspections: one before the drywall is up (which gives the inspector a chance to take a close look at all of the electrical/plumbing and framing) and once afterward.

For his part, “I do it as late as possible after the construction is done, and I usually try to wait until after the city has done their final approvals,” Norsworthy says. That said, he advises not scheduling the inspection so late that it could potentially cause a delay in closing.

“So maybe the painting isn’t quite done, or maybe there are a few little details that need to be finished,” he says. “But as a general rule, I try to do it as late as I can, without [triggering a] delay.”

Of course, if your builder is balking at any request to bring in an independent inspector, that sends up a big red flag. Why would they want to mask their work, instead of allowing a close look at the quality of the project?

“The builders have no problem with it because, if they stand by their product, they’re going to welcome a home inspector to come in,” Norsworthy says, referring to reputable builders.

And as the buyer of a new construction home, you want to make sure that responsibility falls on the builder to rectify, and not on you. If the inspector finds something, he says, “those builders are not done building yet. All of those repairs are going to fall on the shoulders of the builder, and there’s not a whole lot of negotiating. It’s not like you’re debating over whether this item is something that the sellers are willing to fix: it’s brand new construction and they have to stand by their products.”

And if you skip a new construction home inspection, you miss out on the chance to force the builders to make it right before it becomes your problem alone.

–Shared with love by the Valmy Team. All content copyright by the original authors.